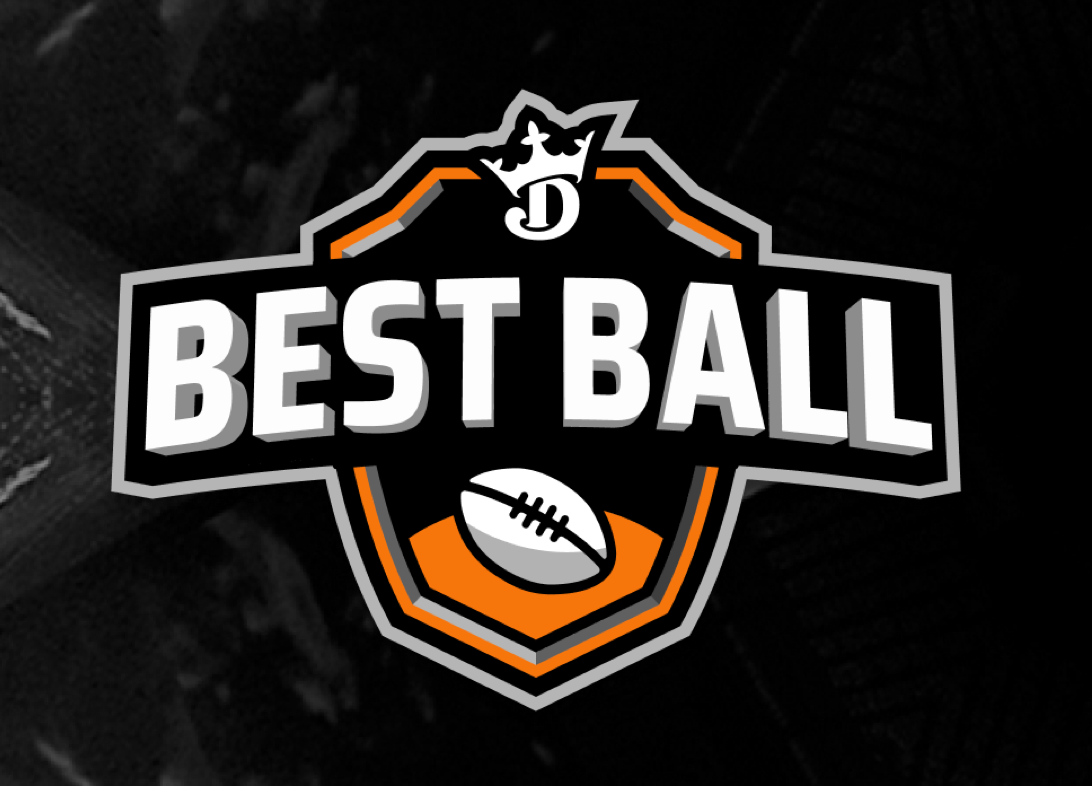 Best Ball is a brand new format on DraftKings. Whenever a new format is introduced, there is always a window of opportunity to gain an edge on your competitors. That is most definitely the case with Best Ball.

For those not familiar, DraftKings Best Ball is a new format where 12 players each draft a team of 20 players. 1 QB, 2 RB, 3 WR, 1 TE, 1 FLEX, and 12 BENCH. The draft is conducted in the traditional Snake Draft format. Unlike typical daily fantasy sports, this team will be used for the remainder of the fantasy season through Week 16. There is no roster management. No adds, drops, trades, etc. DraftKings will automatically put the top-scoring player in the appropriate position for each.

Let's dive into a few concepts that will help you gain an edge on the field.

Editor's Note: Optimal DFS is the #1 app for building fantasy lineups for DraftKings and FanDuel in Apple's App Store. Download Optimal DFS in the App Store to build customized optimized lineups and get breaking news before everyone else in your league.

One of the easiest ways to gain an edge on the field is with lineup construction. I've seen absurd lineups in the drafts I've done! I came across a 4 QB / 9 RB / 6 WR / 1 TE and a 6 QB / 5 RB / 6 WR / 3 TE team. Why are these teams bad? The first lineup is bad for many reasons, but most obviously because it has 1 TE. If the TE gets injured, that team will collect 0 points for every week the TE does not play. Even if the TE doesn't get injured, you're limiting your optionality given the variance in fantasy football. Generally, drafting any team with the exact amount of positional players you need to fill a starting lineup is a bad strategy. Do yourself a favor and draft more than 1 QB, 2 RBs, 3 WRs, and 1 TE.

The second lineup, 6 QB / 5 RB / 6 WR / 3 TE, is bad for the opposite reason. This team is overexposed at the QB position by drafting 6 QBs when only 1 will be started each week. The overall value for the team decreases at an increasing rate when the 4th, 5th, and 6th QBs are drafted. The expected value for the QB position increases minimally, but this is at the cost of a greater expected value lost from the other positions.

Boom or Bust vs High Floor

As with most daily fantasy contests, the prize money is always top-heavy. You need to play to win. With most contests, you need to be in the top 25% just to get your money back and finish 1st place to win any real money. Something to keep in the back of your mind when you're evaluating how much risk you're willing to take on.

To handcuff or not to handcuff, that is the question. This is another area where I do not believe there is a single truth. The answer is dynamic based on who your RBs are, how you're constructing your lineup, what type of risk you're willing to take on, etc. If you have Chris Carson and draft Carlos Hyde to handcuff him you're giving yourself a safety blanket, but limiting upside on a week to week basis. On the contrary, if you have Chris Carson and draft Leonard Fournette you're giving yourself longer tails to the left and the right. If Ronald Jones were to miss any time, you now have 2 studs at RB. Do you want to guarantee 1 stud RB or take the risk with 0 or 2 stud RBs? Personally, I lean towards the latter if you're playing to win.

Create your own rankings and have confidence in them. If you don't have the time to create your rankings or just don't want to, you should sort by the ADP (average draft position) on DraftKings instead of the RANK. The ADP is a much better estimation of player value because it's based on historical draft results. Last night in my Best Ball draft, someone took Michael Thomas 9th overall because of his RANK. They must not have seen that he is most likely going to miss multiple weeks with a high-ankle sprain...

There has been a lot of frustration from the DFS community on how DraftKings rolled out their Best Ball format compared to some of their competitors, but ultimately you cannot deny the juiciness of the new format. Strike while the iron is hot. Best of luck in your drafts!